The Center for Military Law L.L.C. is a Federal practice, focusing on the areas of law surrounding the U.S. Military. The four areas of focus are Criminal Law, Administrative Law, Investigations, and Tort Law. Currently, the Center does not offer representation in any state court. 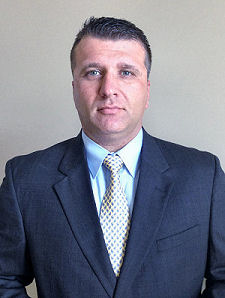 Bruce L. Tyler is a former active duty member of the U.S. Army Judge Advocate General’s Corps from 2006 to 2014, developing his litigation skills in uniform as a Military Prosecutor. While serving as a Judge Advocate, Mr. Tyler held numerous positions including Claims Attorney, Hospital Attorney, Military Prosecutor, and Brigade Judge Advocate responsible for all areas of law applicable to his unit’s mission. Mr. Tyler also served as a Special Assistant United States Attorney, prosecuting civilian on-post cases in Federal Court. Mr. Tyler began his military career enlisting in 1993, where he served as an Air Defender in Korea and Fort Bragg. He was then awarded a ROTC Scholarship under the Army’s Green to Gold Program. Upon completion of his undergraduate studies in Business Administration at Campbell University in Buies Creek, North Carolina, Mr. Tyler remained at Campbell University and earned his MBA and served as a Military Police Officer in the Army Reserves. Mr. Tyler then earned his JD at North Carolina Central University School of Law, Durham, NC in 2005. Mr. Tyler is a member of the District of Columbia Bar and only practices Federal Law. In addition to managing his civilian practice, Mr. Tyler serves as a Major in the North Carolina National Guard, where he represents Soldiers as a Trial Defense Attorney.

Mr. Tyler served the U.S. Army in several capacities and his wide array of experience has given him an understanding of the Army, few attorneys possess. These experiences allow him to relate to commanders and soldiers alike. He knows how commanders think and applies that knowledge to the representation of his clients. Mr. Tyler will ardently represent his client’s interests and is exactly the kind of attorney you want on your side.