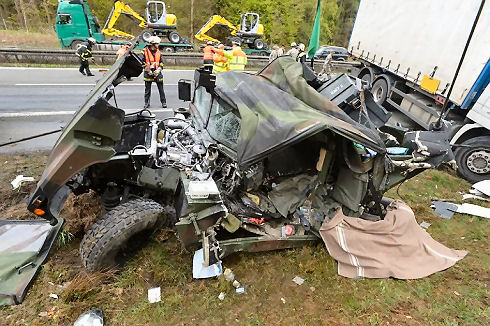 The Center for Military Law L.L.C. can provide an attorney to represent civilians and U.S. Military men/women in tort claims against the Federal Government under the Federal Torts Claims Act. These claims usually happen when a civilian or an off duty service-member is injured in an accident involving a military vehicle or equipment. Claims may also arise when the same individuals are using on-post facilities and they slip/fall, or are injured while using MWR equipment.

There are many ways a claim may arise and the majority come when the Federal Government either did or failed to do something resulting in someone or something being injured or damaged. Medical Malpractice Claims may arise during medical treatment provided at a military hospital. The Center for Military Law L.L.C. is prepared to represent providers/physicians throughout the administrative actions associated with Medical Malpractice Claims. These actions typically include reporting to the National Data Bank, Credentials Hearing Boards, and other Adverse Privileging/Practice Actions.

The Feres doctrine has traditionally barred active duty personnel from filing a claim against the government, but you should still seek legal counsel if you believe you have a case, especially since the law is changing rapidly with respect to the Feres doctrine.

If you were involved in an accident with a Military Vehicle and have sustained personal injury or property damage, you may be entitled to compensation under the Federal Torts Claims Act. As a Claims Attorney for the U.S. Army, Bruce L. Tyler has adjudicated millions of dollars in claims against the U.S. Army and is prepared to represent your interests in your claim.